This is the sloggan launched by the Tourist Office! The Marche , with its 9700 square kilometers, provides a concentrate of everything which is typically Italian. A fluctuating chain of hills between Apennines and Adriatic Sea: this is Marche, the real Italian landscape. Differently from the other Italian region, the Marche are today the best alternative for an holiday in Italy. We are part of the City of Arcevia, the largest municipality by extension in all the region. In its heyday, this little town, 535 meters above sea level, was a bulwark of the Papal States. Still today it preserves its medieval plant, characterized by narrow alleys, houses and palaces lining, churches and squares, a surrounding wall and its doors. The 9 castle which surrounded Arcevia – Avacelli, Castiglioni, Piticchio, Nidastore, Montale, Loretello, San Pietro, Caudino e Palazzo – crown the rounded summit of the hills or climb on steep slopes, a further evidence of the importance of this center even today as in the bygone era. A big cultural heritage, originally created for defensive purposes and that today is a visit worth! The fortified Architecture is an element that characterizes the Marche’s landscape: the countryside is dotted with a lot of Medieval towns…the most famous, like Urbino (54km), Corinaldo (18km), Mondavio (20km) e Gradara (84km) and the most hidden, like Arcevia’s castle, on the road to Umbria, is a must the visit to the Frasassi’s Caves (23km), perhaps the most spectacular in Europe: discovered in 1927, they offer visitors tourist and speleological courses. The ancient center of Sassoferrato (22km), built on the leavings of the Roman city of Sentinum, a Fabriano (35km), capital of paper production deserve a stop before cross the border with Umbria. From this point is easy to reach popular cities of this region as Gubbio (57km) , Assisi (84km) and Perugia (97km) 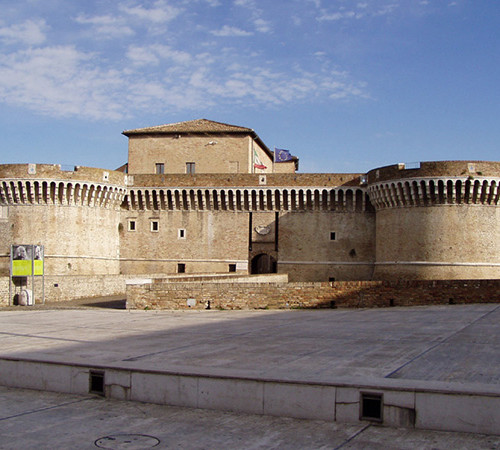 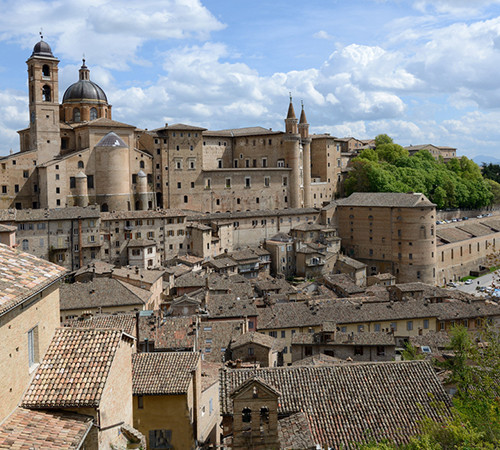 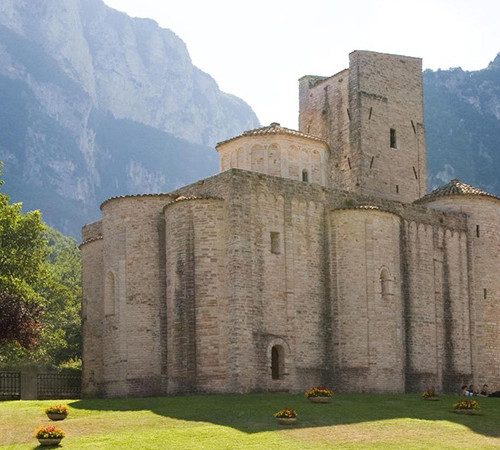 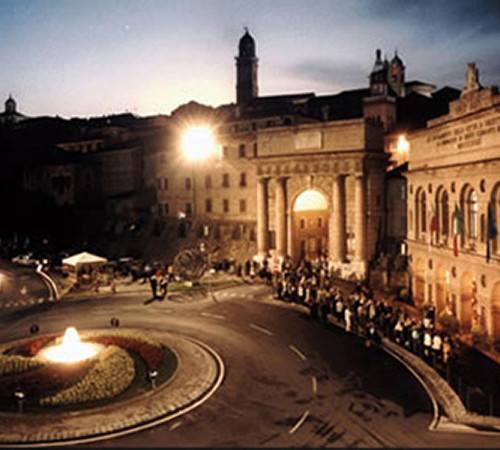 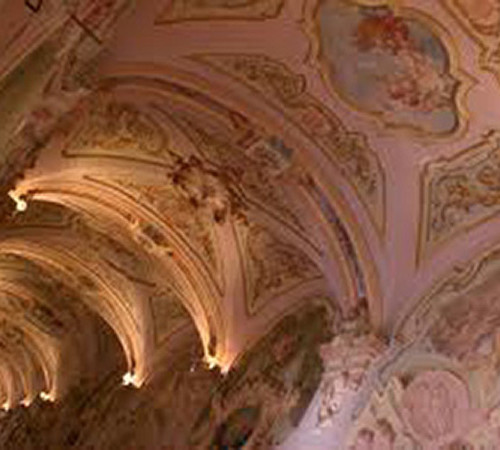 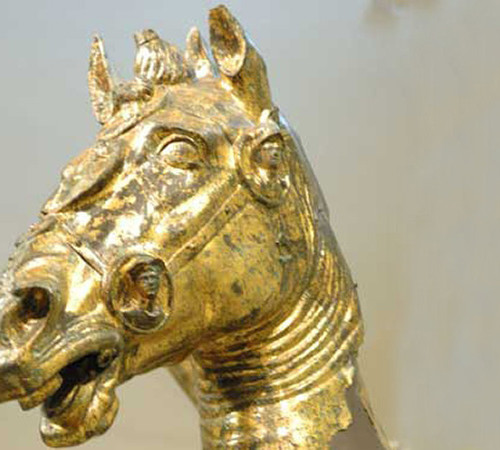 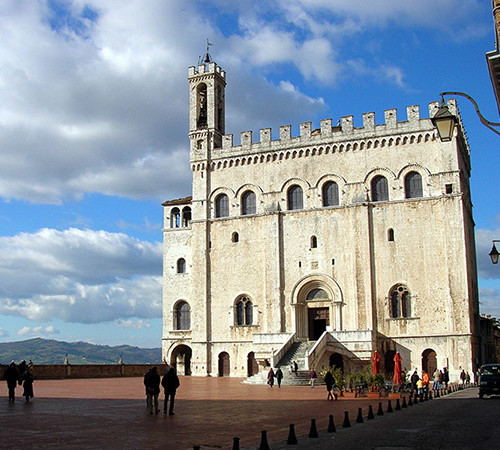 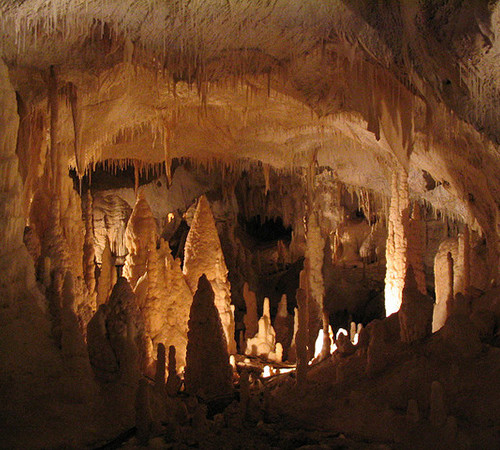 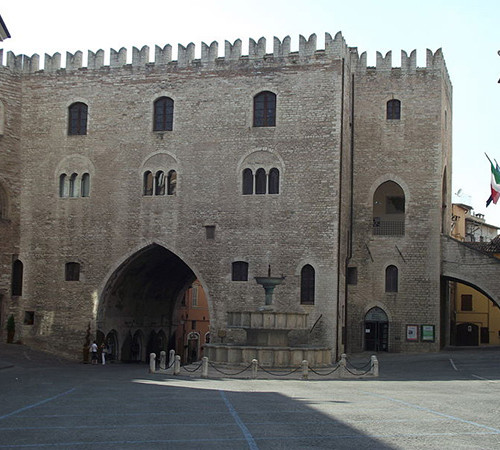 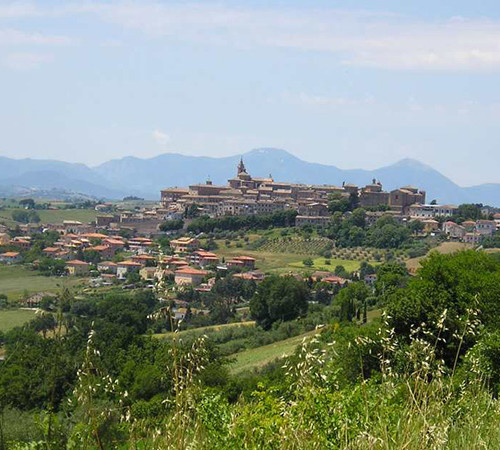 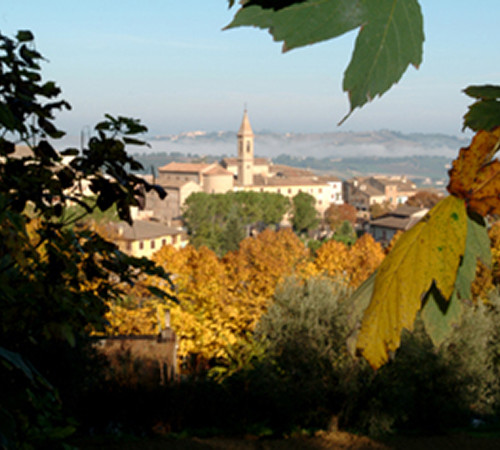 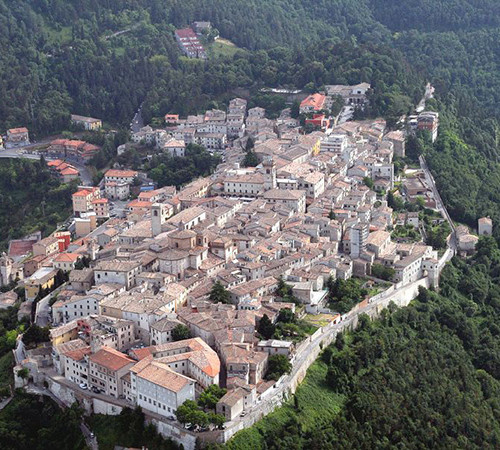